C-HOPE (Citizens for Historical Opportunity, Preservation and Education in Randolph County) has been instrumental in saving First Ward School, an endangered Elkins landmark. 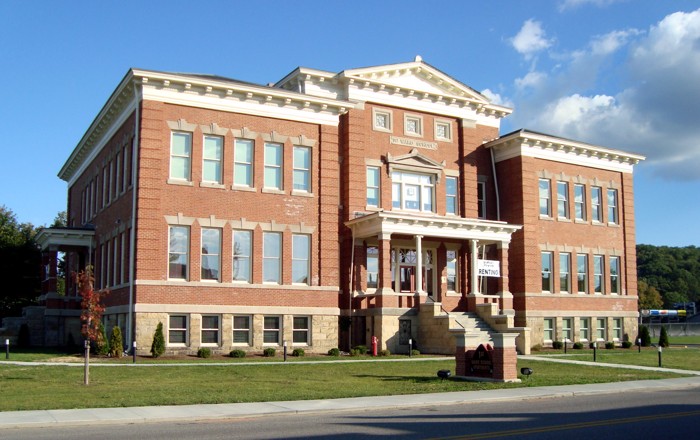 • In partnership with Elkins Historic Landmarks Commission, had an existing conditions report prepared by Van Nostrand Architects demonstrating that the building was salvageable.

• Developed a reuse plan showing the potential and a variety of options for the for the building, looking for solutions that would make it over into a self-sustaining asset to our community. AFHA AmeriCorps members helped develop and distribute this plan.

• At the time of this study, the building had a badly leaking roof, damaged paint and plaster, and boarded up windows. But despite the lack of maintenance, the school is still a gem with wide open rooms, grand staircases, beautiful maple flooring and oak wainscoting

• obtained support from the Board of Education, City of Elkins, and the Elkins Historic Landmarks Commission

• convinced the Board of Education to sell the building to C-HOPE for one dollar, with the promise that it would be preserved within five years

• with help from AFHA AmeriCorps members, cleaned out and mothballed the building, in an attempt to stabilize and slow deterioration until rehabilitation work could begin

• submitted the building to the Preservation Alliance of West Virginia Endangered Property List, in order to get technical assistance and

• Received a Development Grant from the WV SHPO Division of Culture and History for repair of the slate roof.

• With help from PAWV and the Randolph County Housing Authority, connected with AU Associates, who developed a partnership to use historic preservation tax credits and low-income housing tax credits to redevelop the building into low-income senior apartments. They completed a high-quality rehabilitation that retained and restored many of the features of the historic building, including replacing the front portico, while building in state-of-the-art quality apartments.

To read more about this project see AU Associates
( http://auassociates.com.s157318.gridserver.com/?p=16 ) 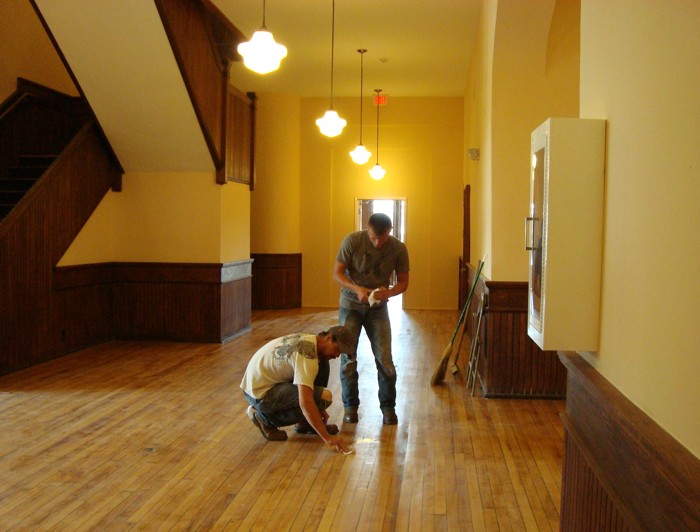 In 1910, the school’s architecture was highlighted in a publication by what was then called the “West Virginia Department of Free Schools.” First Ward’s design was described as one that should be emulated in cities across the state.

First Ward served as a school until 1976, when it was converted into a warehouse for the school district. Fortunately, changes then were minor, but little maintenance has been done since. The only major alteration to the exterior came in the 1980’s, when the original front portico was replaced with an overhead garage-type door to facilitate the loading of quantities of books into the building. 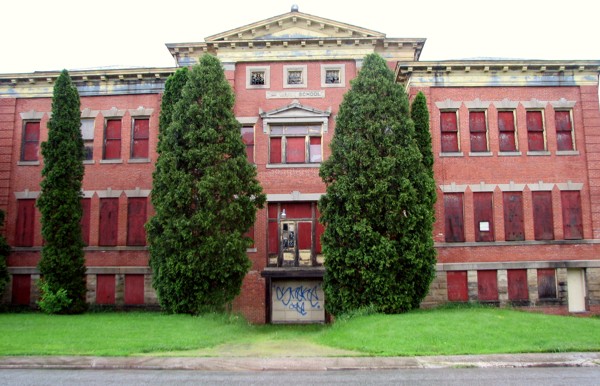 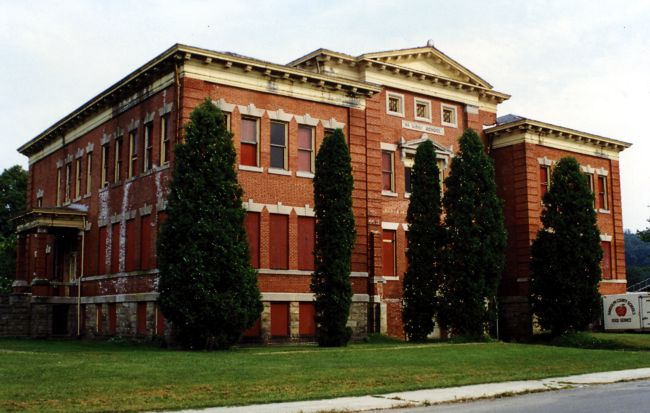 First Ward School was selected by Preservation Alliance of West Virginia for the 2009 Endangered List. This designation helped to highlight the need to save the building, raised public awareness, and provided technical assistance to help with planning and preservation.

First Ward School building was closed as a school in the 1970s and was used as a storage facility for a number of years thereafter. It was later essentially abandoned, with an increasingly serious roof leak. It sits next to the old Elkins High School, which is not as old but is in much worse condition, and is slated for demolition as soon as funding can be found.

C-HOPE and Elkins Historic Landmarks Commission funded an initial study of the building, working to persuade the school board that the building should be saved and adaptively reused, instead of being torn down with the High School. C-HOPE is seeking support letters for grant funding to repair the roof. Anyone interested in helping on behalf of the building, please contact C-HOPE for more information.